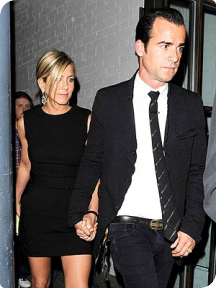 Jennifer Aniston is getting married to boyfriend Justin Theroux!

"Justin Theroux had an amazing birthday on Friday, receiving an extraordinary gift when his girlfriend, Jennifer Aniston, accepted his proposal of marriage," his rep tells PEOPLE exclusively.

Aniston, 43, and Theroux, 41, an actor-screenwriter, have been dating for more than a year. 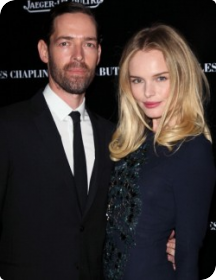 Check out the latest wave of celebrity engagements!

It was an apparent marriage proposal.

In the video, Vergara is joined by boyfriend, Nick Loeb, and 107 members of her family and friends as they explore the Mayan ruins in Chichen Itza.

"Then one of my mom's dreams came true. As a little girl, she always wanted to go to the top of the pyramids. Unfortunately, people are not allowed to do that anymore. But since it was her birthday, her team worked for months on end to get her special permission to go up!" Gonzalez says.

Soon after, the couple descends the stairs holding hands.

"Let me see the ring," Gonzalez says, as Vergara smiles and shows off the sparkler – but does not say she's actually engaged.

This bride-to-be has another knight in shining armor — and he’s a railway conductor.

Brooke Bene thought she had lost her pink sapphire and diamond engagement ring forever on a commuter train. But thanks to veteran conductor Tim Parrett she’s been reunited with her rocks.

“It was an engagement ring and engagement rings are very important to someone,” Parrett said Friday. “It gave me more of a push to look for it.” Rings like this also cost a pretty penny. Bene’s bling goes for $1,500 and more on various jewelry websites.

Read on to find out how one train conductor saved the day for this bride to be!