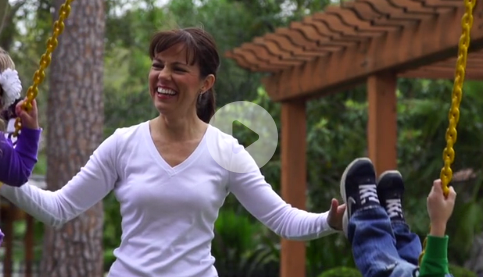 THE PROPOSAL. In 2005, I was given the greatest gift one can imagine. I was dating a remarkable man who invited me for a weekend in New York City. That Saturday in an Audrey Hepburn moment, we walked out of our hotel and headed to Tiffany & Co. We were greeted by the store manager and led to a private room with a table set with 2 glasses of champagne and breakfast. A few minutes later my boyfriend began saying sweet things and proposed!

THE CHALLENGE. Later in the day as I started to come back to earth I was admiring my beautiful ring and saw that it kept falling over the side of my finger. I took it to the jeweler and the only solution available was to place two small bearing balls on the inside. I was horrified! I did not want to permanently change my new ring. At the same time, I was worried about losing my ring like I had so many other rings back in high school.

THE OBSESSION. I was convinced there was a better way to solve these problems. As I was looking for a solution, I started noticing my friends, colleagues, and women everywhere seemed to have the same issue. Then, at my sister's rehearsal dinner, disaster struck. My Grandmother lost the ring my Grandfather had given her... it was GONE!

THE SOLUTION. That night I decided we had to find a solution. BlingGuard BlingWraps are that solution.  They keep rings perfectly positioned so they look their best, and they help prevent them from sliding off your fingers.

BlingGuard, the maker of BlingWraps and BlingDots, offers the most effective and comfortable products to make your jewelry look and feel fabulous.  BlingGuard branded products are made and sold by BlingGuard, LLC.

BlingWraps are technologically advanced invisible ring guards. This innovative solution to ring resizing helps keep jewelry from twisting, turning or sliding by adding 1+ ring sizes to your finger. Since a ring size adjuster should never be seen, BlingWraps use a patented "padlock" design that is invisible and fits securely beneath your ring to keep it in place. For most ring sizes.

BlingDots, earring supports and stabilizers ensure your earrings are comfortable, perfectly positioned and looking fabulous. Our hypoallergenic foam provides comfort and support to your ear lobes – while lifting the earrings up on your ears.  Earrings no longer droop or fall forward. Best of all, BlingDots greatly relieve the weight of the earrings and help stop your ear lobes from stretching. For all earring types.

BlingGuard’s products are 100% Made in the USA, including product design, raw materials, machine tools, manufacturing and packaging.

All BlingGuard products are available at BLINGGUARD.com and will soon be offered at major online retailers and leading jewelry and department stores.

Jenny Moore is the inventor of BlingGuard, Founder and President of BlingGuard LLC, and a member of the National Association of Women Business Owners.

A graduate of Texas A&M University with a major in marketing, Jenny began her career with Accenture PLC, where she helped companies implement improvements in business performance.

A mother of two, Penelope and Parker, Jenny lives in Houston with her family, and splits time between Houston and New York for her business.

He spent his career with Accenture PLC and its predecessors as a strategist for businesses and governments. In mergers and acquisitions, he helped companies buy companies and finance their businesses. In privatization, David helped leaders in 40 nations modernize their economies, with an emphasis in energy.

David is also the founder of Elves & More, a charity which uses new bicycles as powerful incentives to get at-risk children to improve their grades in school. By the end of this year, more than 125,000 children will have received new bikes from the charity.