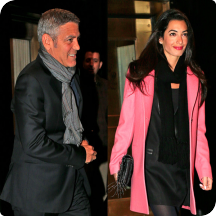 George Clooney helped design his fiancee's engagement ring. People magazine has obtained a photo of the sparkler the Hollywood star gave to London lawyer Amal Alamuddin. And it said that George helped design the ring, which features an ethically mined emerald-cut diamond and two tapered baguettes set in platinum. George apparently opted for tradition when he proposed on April 22 - going down on bended knee.

When Stephanie Walker talks about the night she met her boyfriend in a Vancouver pub three years ago and the whirlwind romance that followed, her excitement is palpable.

“I just think he’s out of this world!” she exclaims.

It’s fitting, then, that when Christian Kieslinger bought Walker a promise ring a year ago, it was made from a meteorite that touched down in Sweden in 1906. A geologist, Kieslinger had a meteorite ring of his own that Walker had admired.

“It’s metal literally from outer space,” Walker says of her ring, which is composed of nickel and iron and features a small black diamond. “I just always thought it would be a really cool thing for us to share.” 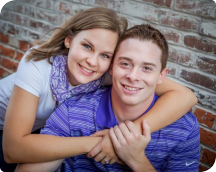 Scott Welter relied on his girlfriend’s concern for a family dog to play to make his proposal scenario unique.

Picture this: Scott and his girlfriend, Megan Neuwohner, had just enjoyed a nice meal at Bourbon Street in Cedar Falls. The date night was leisurely until Scott’s sister, Melanie, and brother-in-law called in a panic to say that their dog had slipped from the leash while they were walking him by the river, just a block or so away from the restaurant.

“I was quite nervous and had all the worst possible ideas going through my head about where the dog could be,” Megan recalled.

As they approached the river, Melanie took Megan in one direction on “the search,” while Scott and his brother-in-law headed in the other direction. 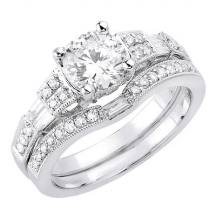 Steve Buice and Josefina Karpecki hit it off at hello. A few months into their relationship, he started looking at engagement rings.

Tuesday night, right before he planned to propose, he and his friend met at a Mira Mesa Home Depot to put a microphone on Buice so they could record the moment he proposed.

Buice set down his jacket, which had his wallet and ring in it, on the trunk of a car next to him.

Without realizing it, the owner of the car drove away. About 20 minutes later, a man drove up waving a black jacket at him. Buice had no idea who he was or what he wanted.